As a kid, we all dreamed of winning a golden ticket. A Candy Factory was as much as a fantasy landscape as Middle Earth. And with movies like Charlie and the Chocolate Factory tantalizing us even more, many people have often found themselves wanting a look inside these factories. To see where the world’s most delicious sweet treats are produced.

The actuality of these factories isn’t quite as whimsical as the movies would have you believe, but they are every bit as fascinating and stupendous. Housed within the factories are magnificent machines that use science and engineering to create incredible candies daily.

But how do these machines work? And what machines are actually used? Come with us as we take a look at what goes on inside a modern Candy Factory.

We spoke to some experts over at foodplusice to better understand how exactly a chocolate machine works. Before the coca beans ever make it to the factory they undergo a process of fermentation followed by a heavy session of drying in the sun. After this has been done they are inspected and then shipped to the factory.

The machines used to create chocolate bars do a few different things. Firstly they will roast the beans. A large oven-like compartment will reach temperatures of up to 100 Degrees or higher. Once roasted the beans are moved onto the cracking section. The machinery will crack open all the shells and then use an industrial fan to gently separate the shells from the actual chocolate part.

Then the chocolate, known as the nibs, is poured into a massive vat. Here the grinding process takes place turning it into a chocolate paste. They then add the cocoa butter and mix it all together in an industrial mixing vat. It is at this point the mixture is poured into the molds to set into the familiar bar shape.

The process behind taffy is a lot simpler than chocolate. There are really only two major stages of the process.

The first is mixing. Taffy is made up of a combination of different chemicals and additives. It isn’t as natural as chocolate. So, a strong industrial mixed is needed to combine the ingredients. Taffy is very sticky so the machine also has to keep it hot and be strong enough to churn the substance.

Next comes the stretching. Previously this process was done by hand. You’ll most likely have seen a video of someone stretch the dough-like taffy around their arm over and over again. This is the general idea of the Taffy Stretching Machines simulate. Using powerful rotors, they stretch and thin the taffy down into more manageable sizes.

After this, the taffy is moved onto a cutting conveyer belt. Here they use powerful industrial cutting machines to slice the taffy up into its desired shapes and sizes. 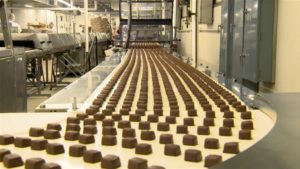 Marshmallows follow a similar creation pattern to Taffy but require a different machine to create their unique shape.

The mixing process is similar, although the marshmallow mixture is a lot lighter and fluffier than that of Taffy, so the mixing machine doesn’t have to work as vigorously.

After this, the mixture is fed through a special piping machine. The machine manages to dole exactly the right amount of mixture through specialized pipes. This creates a long tube of marshmallows. Then this tube is put under a cutter and finely cut into the specific shape, all the while being slightly heated to allow it to keep its fluffy texture right up until it is sealed for freshness.

Denmans is an extremely well-known name within the industrial wholesale industry, offering a wide range of construction tools and materials for very reasonable prices and at the very best quality. If you are someone who is interested in bulk buying building materials then Denmans would have to be the place to visit, with helpful and knowledgeable staff Denmans is known for offering brilliant advice in terms of what would be the best for your project. Denmans is also great at offering contracts to construction businesses, allowing a genuine relationship to be formed between business and client and allowing companies to have everything they need at any given time. The convenience of having every building material you could possibly need all under one roof makes Denmans the perfect choice for any construction task you could be contracted to do. 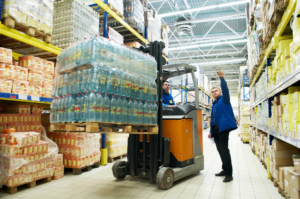 Another common name in the industrial wholesale world, Rexels has provided high-quality materials for over twenty years, their helpful staff is on hand for any of your construction inquiries and they have even been known to offer input on your construction jobs. Much like Denmans, those who work at Rexel are experts within the industry so you know you can trust any advice they give. Rexel is well renowned for stocking the very best power tools and the latest models as they become available on the market, in particular when it comes to welding equipment, the very best can be found at Rexel. As they stock some of the latest welding equipment I would highly recommend paying them a visit to find out some of the latest methods and advice on what would be best to use for the job you have been given, and interesting tips and tricks such as using welding wires to connect metal together (more details here) https://www.weldingmania.com/newbie/best-self-shielded-wire/ you can be sure you’re going to have the best experience.

Bestway is a pretty recent addition to the world of industrial wholesale, but in the short time they have been open they have built themselves a pretty good reputation. Bestway works with the very latest developments in construction to ensure they have the latest technology and materials available to their customers. By offering the latest developments for reasonable prices they have built their brand and are set to be one of the best industrial wholesalers available in 2021. Unlike their competitors who may not stock the most recent developments, Bestway works closely with some of the most high profile material development companies in order to ensure they have the latest technology available. The fact that they put so much focus on offering new products really sets them apart from their competitors and has guaranteed them a significant amount of custom. 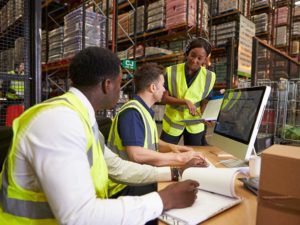 A final industrial wholesaler you should consider using if you are in the market for building materials or tools would have to be Aston and Fincher. Starting out as a small family run business they have built their way up to become a well-known name in the industry, they stock anything a construction worker could need and in the unlikely event they don’t have the product for you they are prepared to quickly source it for you. Although the business has undergone significant growth in the last few years, the family-run attitude towards their customer service has not changed, with professional, friendly staff I’m sure a visit to one of their stores is going to be a positive one, with high-quality materials readily available for all of your construction needs.