Cars are such a commonly used piece of technology, every single day of our lives we see so many cars, during just a short walk down the road it is likely you’ll see upwards of 100 cars. Cars are the most popular form of transport, due to environmental concerns more people are opting to walk or cycle short journeys rather than drive and more people than ever before are opting to take public transport for longer journeys. But, even with people making these changes, cars are still the most common form of transport, whether you can drive yourself or if you’re often a passenger in a car then you’ll be so used to driving you’ll have stopped asking questions. There is so much stuff to know about cars that most people are unaware of, from how to find your mercedes history VIN info to what to do if your engine explodes, there is a lot to learn about cars. One great way to gain a better understanding of cars is to go back to the start of the process and learn all about how cars are made. This is something most people, even though driving, aren’t actually aware of so we’ve summed it up for you here. 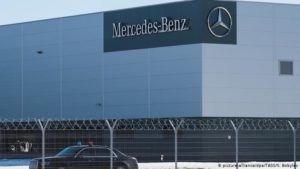 Before the introduction of the assembly line in 1913, making cars was a difficult task that took days and days for just 1 car to be produced. This is why back in the day it was only the really wealthy who could afford to purchase a car as the costs from the amount of time and people working on it would have to be reflected in the price. This made cars quite elitist and having a car was a sign of your wealth, however, in 1913 this all changed. Henry Ford was the man behind the implementation of the moving assembly line and it was this that allowed the mass production of cars. Ford had been working on making cars more efficiently as he wanted the prices of his cars to be lower so that they were more accessible, in 1908 he created the Ford T model which was considerably cheaper than previous models but nowhere near as cheap as cars one the assembly line was implemented. The assembly line was such a success that it was copied by hundreds of manufacturing companies, not just those making cars and it is still used by manufacturing companies today.

How is a car made?

Each and every car had thousands and thousands of parts in it to make it work, this means that it is a pretty complex procedure how cars are made but we’ve summed up the most important bits for you. First of all, a car is designed, this is usually based on feedback from focus groups to find out what new features people are wanting to see in a car. Following this, the engineering of the car stage starts, this involves creating a prototype and running hundreds of tests to check the safety of it, for example, crash tests and various weather testing. At this stage engineers also check the fuel economy of the car as there is a worldwide movement to make cars more environmentally friendly. Once the prototype gets the go-ahead the car goes to the assembly line and manufacturing begins, things like quality improvements and performance tests are run at this phase. Once the manufacturing stage has been completed, this can take up to 3 years, then there is a launch date for the car and after this point, it is available for purchase.

House Flipping: Why You Should Consider Selling Your Home in 2021

The Best Industrial Wholesalers to Use in 2021

Denmans Denmans is an extremely well-known name within the industrial wholesale industry, offering a wide range of construction tools…

Is the Power tool Industry Set for a Market Boom in 2021?

This past year has been a tumultuous one. Life as we knew it was turned on its head and… 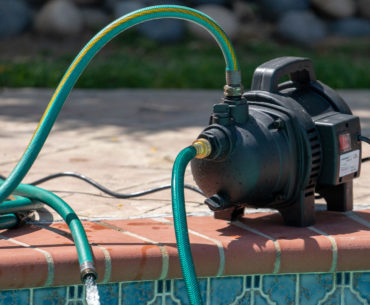 You need a sump pump if you want to avoid water damage to your property. If your basement or…